Decline
In the 1860s a severe drought caused a slump in agricultural production and put farmers under financial strain; the resultant economic depression badly affected businesses and industries in Swellendam. Barry & Nephews was already struggling and when its trading steamer, the Kadie, ran aground in the mouth of the Breede River at Cape Infanta (see Nos. 114, 115) in November 1865, it was a fatal blow. The firm was declared bankrupt in 1866.
The final disaster was the Great Fire which broke out in May 1865, completely destroying a large portion of the town centre: many houses and businesses, a hotel, the Wesleyan Chapel, the bank and the printing press (which had published the local newspaper) burnt down. Despite relief efforts, Swellendam never recovered its former status and prosperity. The economy stagnated and the population declined. Mossel Bay took over from Port Beaufort as the main port of the Overberg. The vast district previously serviced by the Drostdy was subdivided, and the services that Swellendam had previously provided became available in towns such as Caledon, Riversdale, Heidelberg and Bredasdorp. 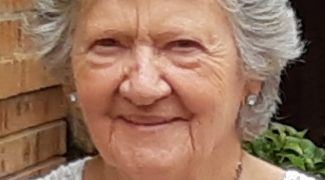